Home Our research Managing changes to memory and thinking

Managing changes to memory and thinking

Developing a web resource where users can share stories about, and strategies for managing, changes to their memory and thinking.

The overarching goal of this project was to co-design an interactive website resource with and for people experiencing changes to their memory and thinking.

Where did we start?

While much is known about deficits in functioning caused by mild cognitive impairment (MCI), much less is known about how people live with the condition, the strategies and supports people find most helpful, and the language they use to describe their experience. Given this, Professor Kathryn McPherson had the idea that we could do a piece of work where we could get to know and understand peoples experiences and perspectives, and work with them to develop a website resource to share with others like them. We hoped this website could be an interactive resource where people could contribute stories over time. The vision was that we could then draw on this living resource to embed the perspectives of people with MCI into the ongoing work of Brain Research New Zealand (http://www.brnz.ac.nz/) so that their research could be underpinned by the needs and concerns of people with lived experience.

Soon after securing funding from Brain Research NZ for this project, Professor McPherson moved on from Auckland University of Technology. It was at this time that Professor Nicola Kayes took leadership of this project alongside University of Otago colleagues, Professor Pauline Norris and Professor Leigh Hale.

What did we do?

We worked through a range of key phases starting with in-depth individual interviews with people who self-identified as experiencing changes to their memory and thinking (n=8) or who had been identified by their medical practitioner as having MCI (n=11) and their family members (n=9). 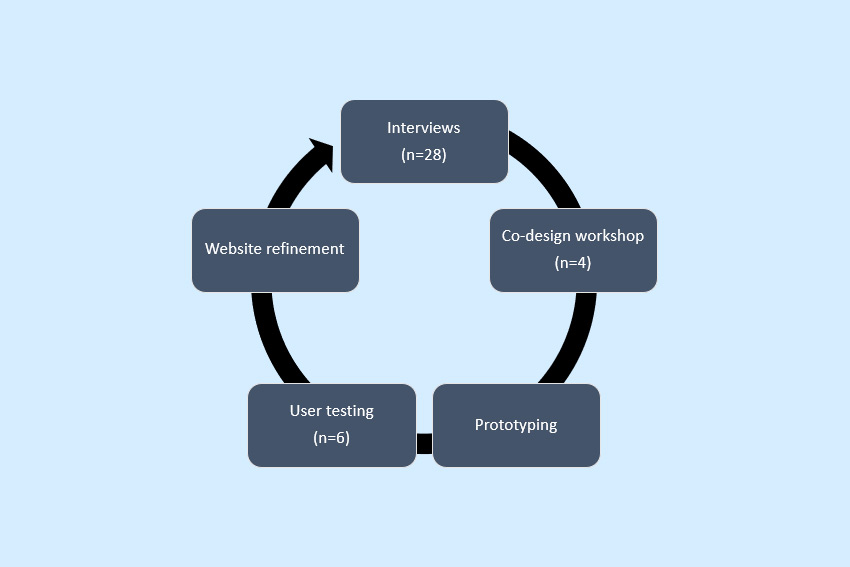 In the interviews, we were struck by the deep sense of uncertainty people experienced. People we spoke to navigated this by both ‘sense-making’ and ‘meaning-making’.

‘Sense-making’ refers to the process of trying to make sense of one’s experience. This was made more complex by the lack of a clear distinction between ‘normal’ age-related decline and early dementia. A number of things contributed to this sense-making process including: a) the formal processes of assessment and diagnosis, b) available discourses of ageing, memory failure and decline, c) personal narratives and experiences of dementia, d) symptoms and experiences which challenged assumptions of self-continuity, and e) cultural interpretations.

‘Meaning-making’ refers to the process of trying to understand the implications now and into the future. Participants stories were primarily centred on a) the impact on sense of self and identity (i.e. where usual markers of productivity, success and contribution were under threat), and b) impact on a possible future (i.e. where the uncertain and unstable reality they found themselves in impacted on future possibilities). Participant’s interpretations tended to be heavily influenced by their ‘sense-making’ processes – with contrasting, and sometimes co-existing, experiences of fear and anxiety versus perceived control and hope for the future.

Who were we designing for?

The stories of our interview participants really highlighted the blurry edges of an MCI diagnosis. It was difficult for people to distinguish if their experiences were ‘normal’ age-related decline, or a sign of something more. Even those who had been identified by a medical practitioner as having MCI, did not necessary recognise the label or understand what it could mean. Despite seeking certainty, most found that the diagnosis did not give them certainty. If anything, it made them feel even more uncertain and worried about the future. Many people also commented that if a website were to be developed, it would have been something they would have looked for before accessing formal health services – before they had come to know about MCI as a category.

In the end we agreed – we were designing for people experiencing changes to their memory and thinking, whether they have been identified to have MCI or not.

What was our co-design process? 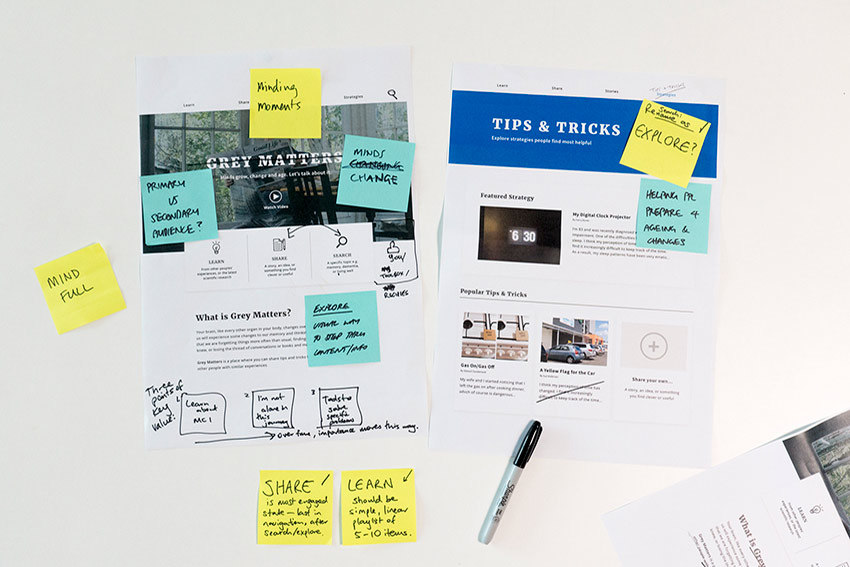 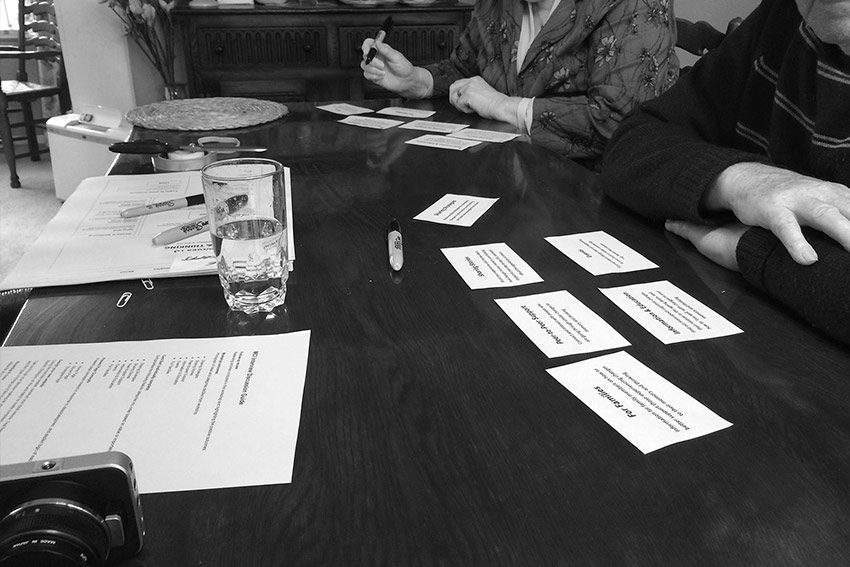 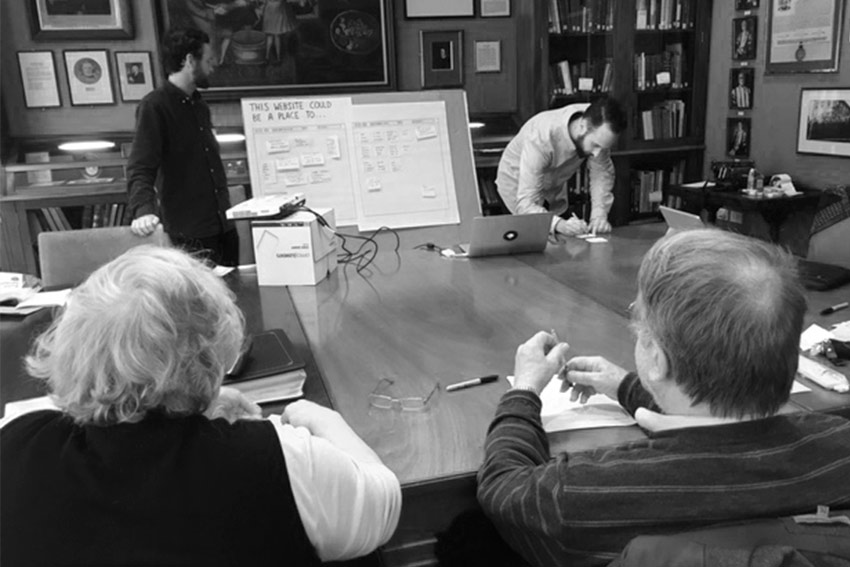 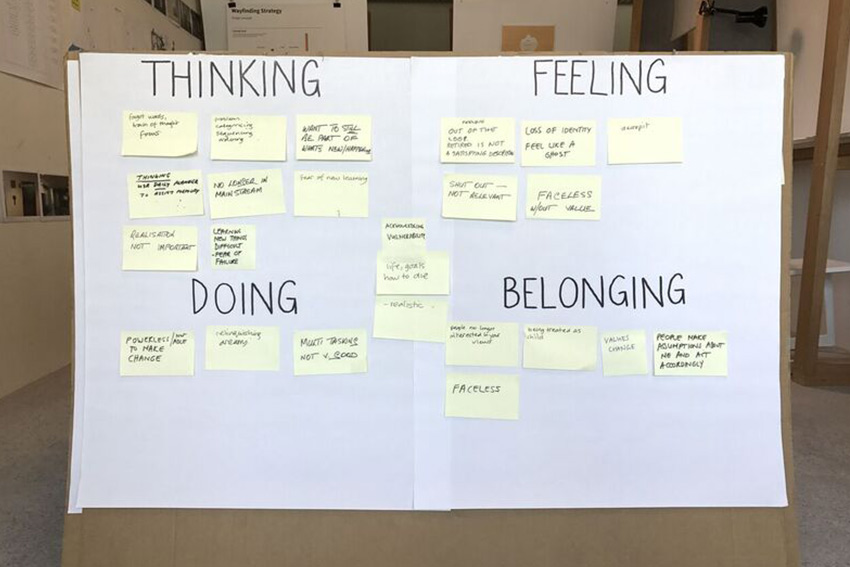 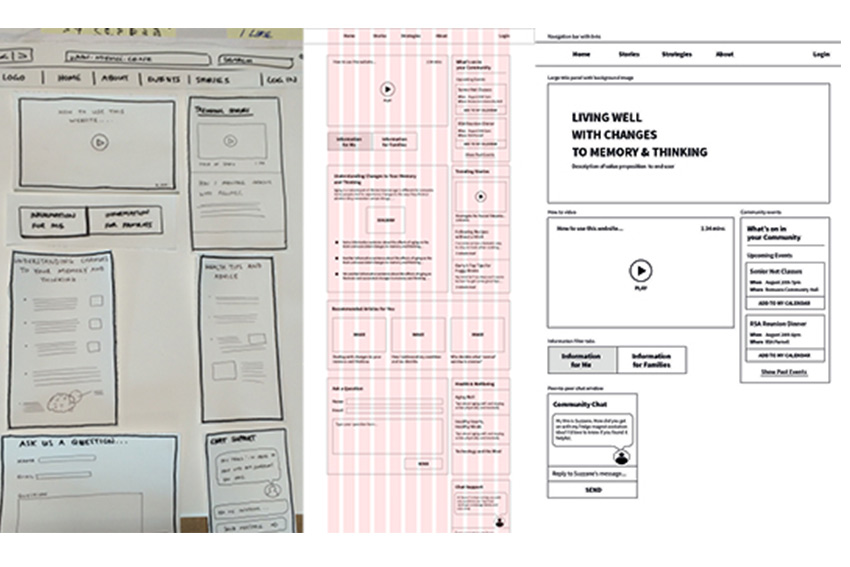 What we learnt through each of these activities enabled us to further refine the website.

We also worked with some of our AUT design students to develop an animation about MCI to help people make sense of what that might mean as a category for people living with changes to their memory and thinking.

Conference and other presentations